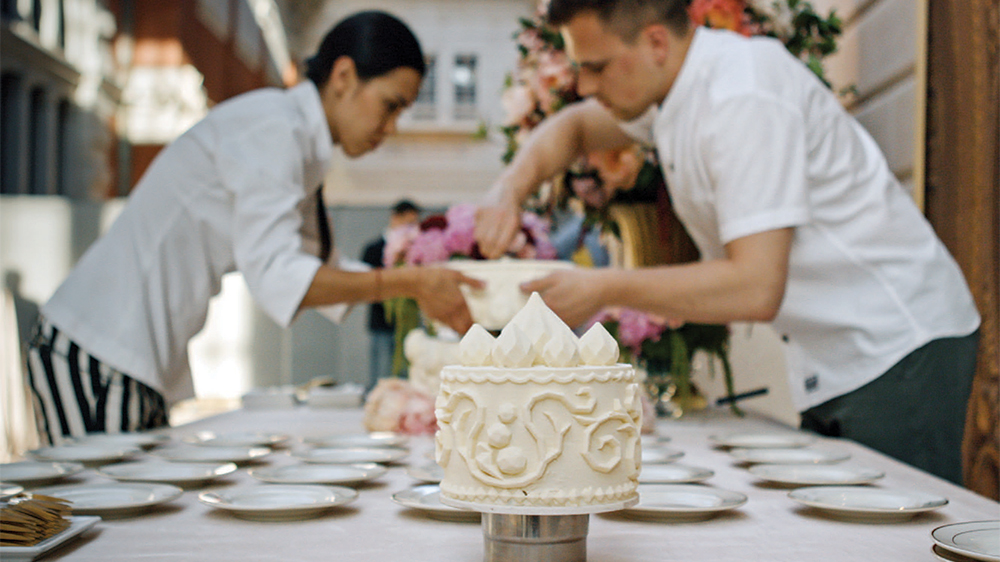 The making of “Ottolenghi and the Cakes of Versailles” was as complex as the confections created by the renowned pastry chefs it focuses on — and the result is equal parts beauty for both food and film.

The IFC Films documentary (in select theaters and on demand Sept. 25) follows chef Yotam Ottolenghi as he assembles an Avengers-like team of pastry chefs to bring the splendor and beauty of Versailles, in dessert form, to New York’s Metropolitan Museum of Art for the opening of a special exhibit about the French palace.

Helmer Laura Gabbert had read Ottolenghi’s unique recipe books; when she heard that he was the subject of the film, she wanted to be a part of the project. “I just kind of knew that any documentary placing him at the center would be special,” she says.

‘Ottolenghi and the Cakes of Versailles’ Review: Pastries of the Gilded Age, Made Modern

Did you know that drinkable chocolate predated the chocolate bar? It’s one of the many historical tidbits dropped for your delectation in “Ottolenghi and the Cakes of Versailles,” a fun documentary directed by Laura Gabbert.

In 2018, the renowned Israeli-born chef Yotam Ottolenghi (who contributes a column to The Times’s Food section) was commissioned by the Metropolitan Museum of Art to reimagine the sweet stuff enjoyed by the court of French royalty in the period from 1682 to 1789. After which said royalty encountered an inconvenience: the French Revolution.

“An Outsider in that Testosterone-Driven Climate”: Laura Gabbert on Her Food Doc, Ottolenghi and the Cakes of Versailles 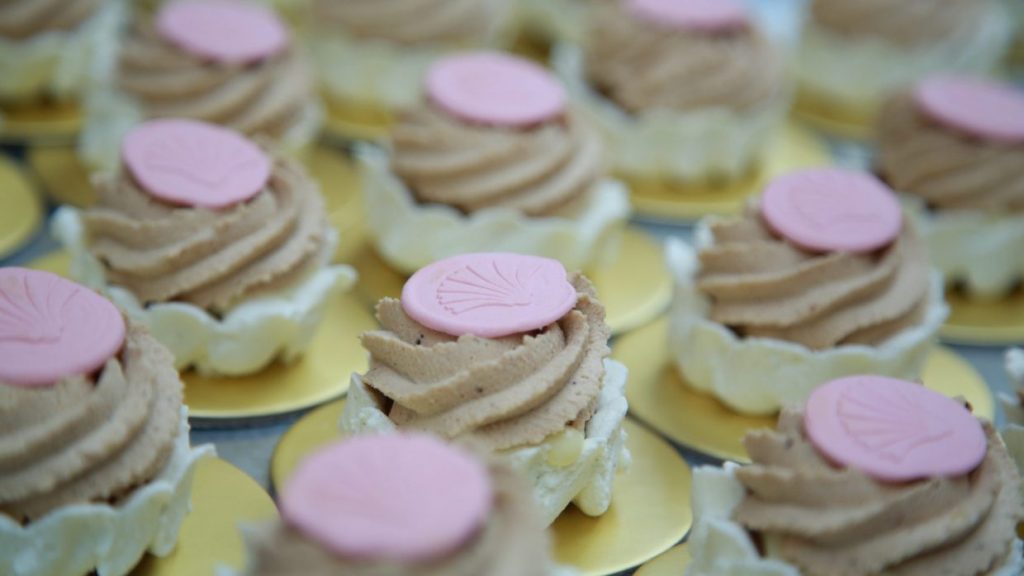 Sundance vet Laura Gabbert (No Impact Man, Sunset Story) is no stranger to the foodie world, having directed 2015’s City of Gold, which follows the Pulitzer Prize-winning food writer Jonathan Gold on his culinary excursions throughout LA. Now, with Ottolenghi and the Cakes of Versailles, Gabbert turns her lens to the other coast and across the pond, globetrotting through time and space with seven-time NY Times bestselling cookbook author and renowned restauranteur Yotam Ottolenghi. Though the Israeli Jew (whose business partner is a Jerusalem-born Muslim) is based in London, he’s invited by the Met to curate an edible, cake-centric exhibition inspired by the decadence of Versailles. So of course Ottolenghi does what any modern-day man of the world would do – takes to Instagram to assemble a culturally diverse team of the most cutting edge pastry chefs one can find.

The troupe ends up including high-profile pastry artists like James Beard Award-winners Dominique Ansel, inventor of the Cronut, and Ghaya F. Oliveira, the Tunisia-born Executive Pastry Chef at NYC’s Michelin star restaurant Daniel. But there’s also London’s jelly wizards Sam Bompas and Harry Parr (Bompas & Parr), Singaporean Janice Wong, who specializes in “interactive edible art” (and once built a chocolate wall – an installation screaming to be staged on the US-Mexico border if ever there was one), and the relatively unknown (though not for long) Dinara Kasko, a Ukrainian chef trained in architecture who uses 3D-modeling technology to craft building-inspired cakes. In other words, Ottolenghi and the Cakes of Versailles is both a study in artistic creation and a feast for the eyes.

Prior to the doc’s September 25 release through IFC Films Filmmaker reached out to Gabbert to learn all about the project, from finding fast foodie financing to filming the banquet of Versailles.

Filmmaker: So how did this doc originate? It seems almost an extension of your prior work, most notably City of Gold.

Gabbert: This project was brought to me by producer Steve Robilliard and Original Productions. They were already in talks with Yotam about his collaboration with the Met. I came onboard as director a few months before it was shot.

I was excited to work with Yotam, and intrigued by the challenge of making a film about the rise and fall of Versailles through patisserie. I suppose that in this way the film is an extension of City of Gold. Food is such a relatable point of departure to dive more deeply into cultural, historical, and political issues.

Filmmaker: Though the film is centered squarely around Ottolenghi, it seems like all of the other characters could have just as easily been the stars of their own docs. So did you have to leave a lot of footage on the cutting room floor, or did you purposely avoid delving too much into the other artists’ stories?

Gabbert: I agree. Yotam selected five fascinating pastry chefs. Because the film was shot in 12 days, we simply didn’t have the time or budget to travel to Ukraine, for example, to delve into Dinara Kasko’s life.

So much great stuff was cut. There’s a scene we shot with Yotam on a train ride from Paris to Versailles where he talks about the food of his childhood in Israel, and the difference in the appropriation of Italian cuisine by the French. That was a hard scene to cut.

Filmmaker: I found the final unveiling of the “feast of Versailles” towards the end unexpectedly moving. Can you talk a bit about the creative decisions behind that sequence, especially the music and the use of Steadicam?

Gabbert: Ryan Rumery’s beautiful score was key to editing that sequence. He and I discussed the emotion we wanted to capture, and that it also had to support a lot of VO from Yotam. There’s the emotion of each chef’s accomplishment – and later in the sequence the music also had to support the story of the fall of Versailles. When we tackled the first cut of it Ryan had already delivered pretty fleshed-out musical sketches. His interpretation of the sequence completely informed the editing of the last 10 minutes or so of the film.

It’s such a luxury to be able to use a Steadicam on a documentary. We knew it was key to capturing the pastry chef’s presentation tables and desserts, and the excitement of the event. Our DP Judy Phu and I wanted that sequence to have a lot of movement and emotion in it – so that you felt that you were there, walking through the Petrie Gallery. We also had shooters stationed at each chef’s table so we could capture more intimate moments between the chefs and the guests.

Filmmaker: You work with a majority female team, and Ottolenghi, a gay Jew from Jerusalem with a Muslim business partner, seems incredibly dedicated to inclusivity, inviting culinary artists from a variety of cultures, with half of the chosen being women. You also include a telling scene of mansplaining involving the Ukrainian “architect chef” Dinara Kasko. All of which made me wonder how important it was for you to highlight the everyday misogyny and cultural appropriation – Ottolenghi even points out that the French appropriated pastry from the Italians – in this rarified culinary world. (With elitism ironically exemplified, of course, by both the Met and Versailles.)

Gabbert: I think Yotam really set the tone for the film in his selection of the pastry chefs. I love that three out of the five chefs he selected were women. One of the reasons I wanted to work with Yotam is that he is a bit of an anomaly in the celebrity chef world. He’s cerebral, refined and kind. There’s no bravado.

One of the beats of Yotam’s story that I fought to get into the film is when he talks about starting out as a young chef in kitchens, and how he felt like an outsider in that testosterone-driven climate. He goes on to explain that when he had his own restaurants he wanted for the environment to be gentler and more respectful. I think part of what made this a fruitful collaboration was that there was an immediate simpatico between Yotam and the key creatives on my team (producer Steve Robilliard and DP Judy Phu).

The decision to include the Dinara Kasko scene (not that we could have planned it) just felt right in terms of the overall tone and message of the film – especially in light of all the toxic masculinity stories in the food world that have surfaced in the last couple of years.

Filmmaker: On the one hand, Ottolenghi is a famous name in the culinary world and the topic sells. But on the other hand, there’s been quite a glut of foodie docs in the past few years. So how difficult was it to ultimately get the financing? 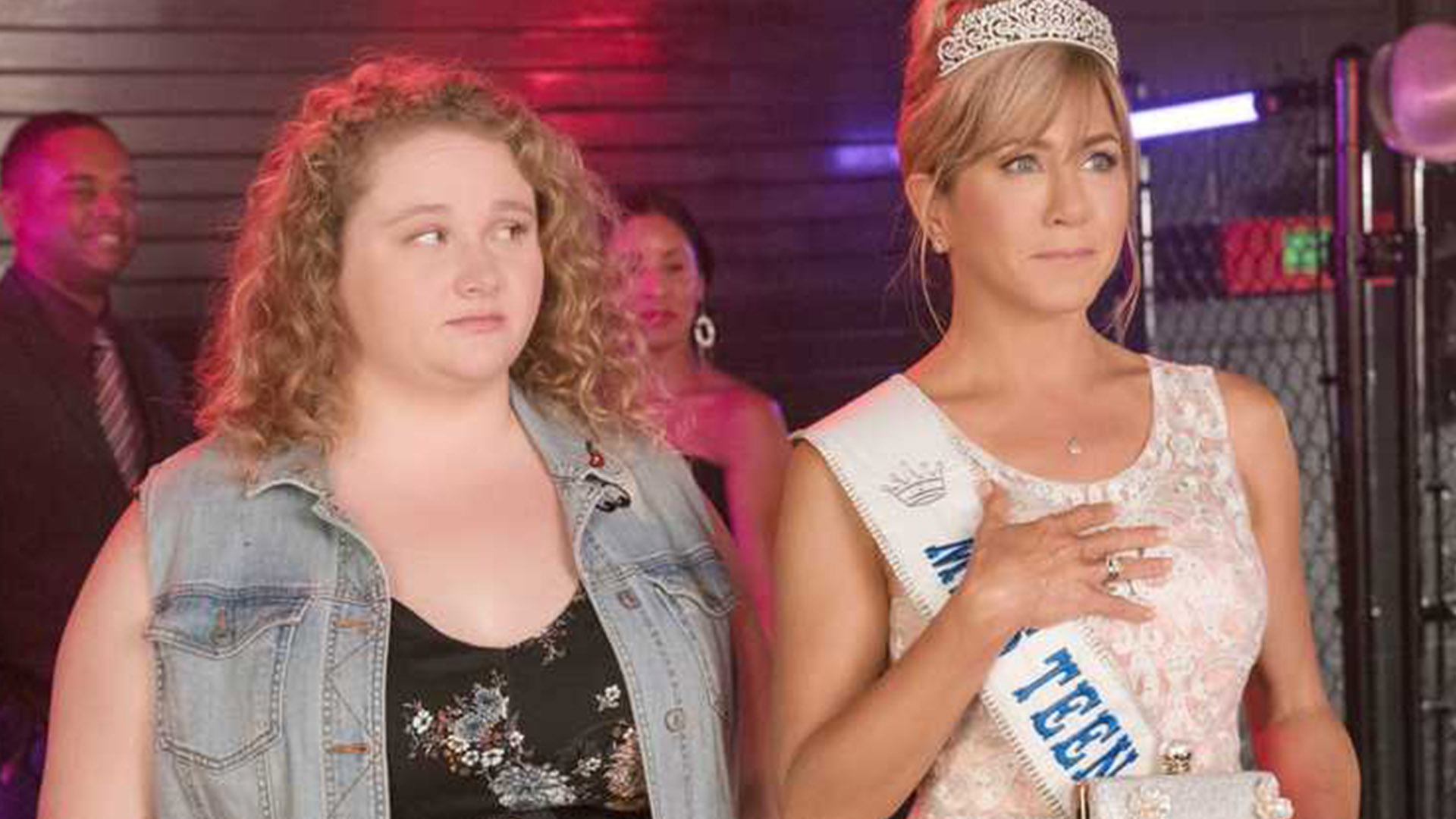