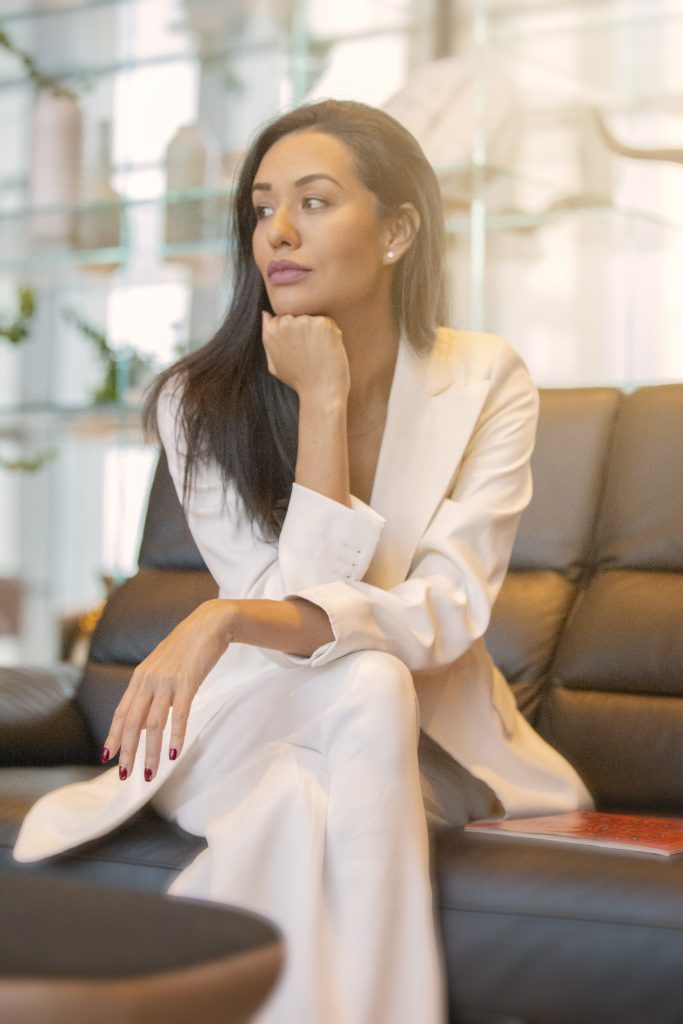 A Brazilian national based out of her home country for the past 11 years, Aline moved to London- UK to pursue her education at the age of 20. Graduated from London School of Business and Finance with a double major in Business Administration and Marketing. Her focus so far has been in 360 Marketing seeing a variety of angles within the profession from strategy planning to implementation, budget creation allocation and reporting, to building advertising campaigns briefs and digital campaigns through different digital platforms. Aline currently runs the marketing department of a holding group with business spans over 5 different industries in 3 different Markets.

Passionate about The Arts and Culture, Aline who has been with the company since its inception has found in 50 Degrees Entertainment a company that produces content that features powerful, topical voices from prominent filmmakers and amplifies relevant cultural conversations in original stories that resonates with today’s audience the perfect opportunity to combine her passions with her day to day work. She currently oversees new projects acquisitions and supports President & Producer Mohamed AlRafi in the expansion plans of the company.

She quotes: “It has been a true privilege to be part of 50 Degrees Entertainment team with mentoring and guidance from President and Producer Mohamed AlRafi and along with him and many others learn so much about the industry.”