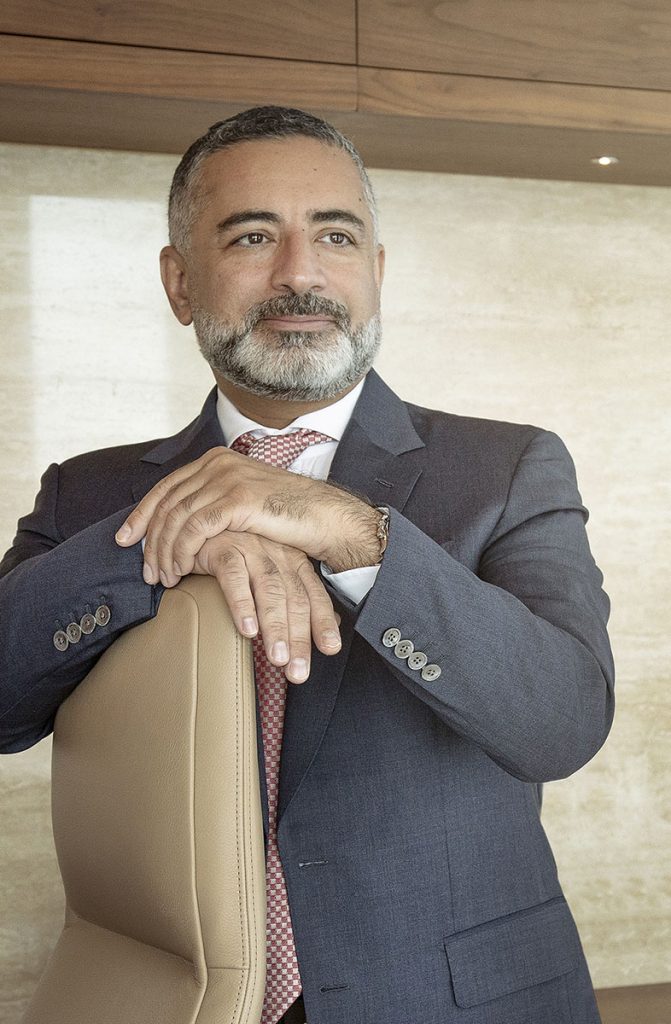 Mohamed AlRafi is Founder and President of 50 Degrees Entertainment, a fully integrated independent film production and finance company creating topical and original content. AlRafi, a distinguished international businessman and philanthropist, harnessed his passion for films, documentaries and TV and established 50 Degrees Entertainment with a purpose to create content across a variety of genres that features powerful voices of prominent filmmakers and amplifies cultural conversations in original stories that resonate with today’s audience.

Currently, AlRafi and 50 Degrees Entertainment are preparing for the release of Anne Fletcher’s DUMPLIN’ on Netflix and in select theaters in the U.S. in late 2018. The comedy musical stars Jennifer Aniston and Danielle MacDonald and tells the story of a plus-size teenage daughter of a former beauty queen who signs up for her mom’s pageant as a protest that escalates when other contestants follow her footsteps, revolutionizing the pageant and in turn, their small Texas town. AlRafi serves as producer on the film, which also features new collaborations and original music from country music legend, Dolly Parton. AlRafi and 50 Degrees Entertainment also produced the crime thriller ABOVE SUSPICION starring Emilia Clarke, Thora Birch and Jack Huston. Based on true events, the film follows a newly married FBI poster boy and his assignment to an Appalachian mountain town in Kentucky. The scandal that ensues shakes the core of the nation’s top law enforcement agency, ending in the first ever conviction of an FBI agent for murder. LYING AND STEALING is also produced by 50 Degrees Entertainment and AlRafi, and stars Emily Ratajkowski and Theo James. AlRafi comes from a long line of successful and respected entrepreneurs. He is the Chairman of SRG Holding, a UAE based third-generation family corporation which boasts a number of signature projects in Realty and Hospitality primarily in Dubai and London. AlRafi runs a diversified business portfolio and serves as board member on the board of directors of several prominent international organisations availing of his revered business acumen. A Philanthropist at heart, AlRafi continues his late father’s legacy, donating to noble causes globally, with an emphasis on education, healthcare and children with special needs. He actively participates in humanitarian envoy missions in support of non-profit organizations including Noor Dubai Foundation in the MENA region.